The roots of Children Worldwide started to grow in the 1950s when God called David Iliffe to work with children. In 1954 David started an evangelistic team with the name The Crusade for Christ. This team drove all around Great Britain conducting missions and meetings for children. Overcoming many challenges, David built up Christian camps, organised and mission trips, and established some great work with schools across the country.

David’s ministry developed rapidly, and included the development of an organisation called Europe’s Children. This led to further work across Europe in Switzerland, the Netherlands, Ireland, the Faeroe Islands and further afield in New Zealand, USA, Egypt, Hong Kong, and Greenland.

It was this truly international ministry and vision which led to the establishment of Children Worldwide around 30 years ago. Further work developed, especially in Latvia and several African countries.

Over the years, led first by David, the work has continued to develop and adapt to existing needs in a changing world whilst retaining the unchanged purpose and vision, of bringing the Gospel to children and young people across our communities. 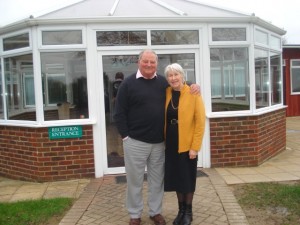 Photo of David and Wendy Iliffe